As promised (not that you care, but I’m meeting the bar I set for myself at the beginning of July, a post a day of gratitude), I am working off yesterday’s debt with a two-post day. 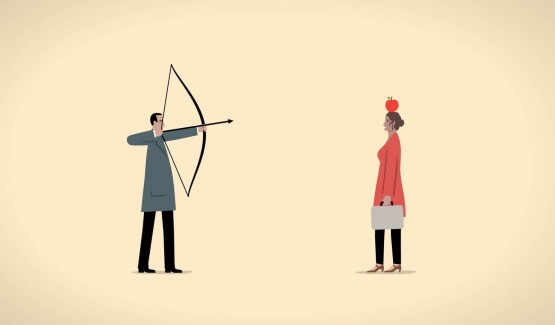 I’ve always had a basic trust in authorities and in the fundamental goodness of most people.  I don’t spend a lot of time arguing with police officers about whether I was going the speed limit when pulled over.  I have yet to challenge a medical professional on their diagnosis, or blow off their treatment plan.  I even do the PT recommended by my massage therapist.  I never once, in my eighteen years of schooling, undergraduate and graduate, mixed it up with a professor about a grade I didn’t like—I just thought I’d have to work harder next time.  To be honest, such compliance has served me really well.  I don’t create dramas, not that you do, but we all know those types, amiright?  My temperament: sensitive, creative, emotionally reactive, is drama enough for me. My orientation is to try and learn from setbacks and to respect the experience of others.  Don’t get me wrong, I’m not blindly trusting.  If the financial planner proposes investing in hog futures, or a friend suggests it’s quicker to New York by ferry, I’m not going to just jump to it without doing my homework.  But my bias is to assume others are like me:  basically well-intended, or at the very least, not out to screw anyone.  My life circumstances have allowed me to continue with this orientation, it’s true.

Important caveat:  I am not speaking here of those authorities who demonstrably do not deserve respect, for example, elected officials who routinely lie, or hypocrites who abuse their power.  That is grist for a post having nothing to do with gratitude.

Because I’m trusting (Nate would say naïve; he may be right there), I can get played.  I have definitely over-extended myself on behalf of people who didn’t deserve it, or perhaps I should say, couldn’t live up to their end of the bargain, for whatever reason.  It’s always a bad feeling, a sucker punch, when I realize I may have been too optimistic or trusting in someone or something.  But you know what:  I guess I’d rather that, than protect myself in a carapace of cynicism. Maybe I’m being a Pollyanna here, but lioking for the good in people has drawn more good people into my life.

There’s so much good binge-watchable storytelling on streaming video these days. But after biting my nails all spring with Offred on The Handmaid’s Tale, and feeling increasingly disgusted by the body count (host and human) on Westworld, I was ready for a summer hiatus from the dark and dystopian.  So when John suggested we watch The Proposal together last weekend, I was up for it.  It’s got eye candy for everyone in Sandra Bullock and Ryan Reynolds, plus they have nice chemistry and great comic timing. Does it get any better than these two?  Their unlikely romance is set against a backdrop of gorgeous Alaskan mountains, with a hilarious scene in which an eagle swoops down and steals Manhattanite Bullock’s cellphone (to which she is addicted).  She grabs a nearby puppy and races after the eagle offering a trade, as Mary Steenburgen and Betty White look on from the kitchen window: “Oh, look, how cute!  She’s playing with the dog!”  It’s low-brow physical comedy, and laugh-out-loud funny.  The movie hits all the boxes:  Gorgeous leads: Check.  Initial hostility giving way to slow-dawning affection and attraction: Check. Fabulous wardrobe and unrealistically beautiful settings?  Check. Comic sidekicks?  Times two, Betty White, and The Office’s Oscar Nunez.  Improvised wedding of uncommon rustic charm:  You bet.  “Does anyone here object to this marriage” style obstacle?  Yup.  Off-puttingly low score on Rotten Tomatoes:  Definitely. (44% approval rating).  Unrealistic airport runway chase scene and equally fantastic conflict resolution wherein hunky Ryan finally takes charge of super-uptight Sandra, while the entire office staff looks on, thereby avoiding her imminent deportation back to (gasp) Canada?  Check and check.

Sure, we could have watched The Wire, or Breaking Bad, or The Sopranos, all classic long-form cable series that cause people to tch-tch when we admit we’ve never seen them.  But last night, after a stressful day driving to a New Hampshire and back for me, and continued de-cluttering of our furnace room for John, who needed such fare?  After dinner, we hunkered down with Roku and dialed up a nice serving of Wimbledon, the perfectly mediocre romance starring Paul Bettany, Kirsten Dunst, and the game of tennis. Just good enough to delight, just middling enough not to tax our tired brains.  Plus: English accents, a young James McAvoy in the comic relief role, and a hunky, younger Nicolaj Coster-Waldau (look ma, TWO hands!), looking fine in tennis shorts rather than his usual Game of Thrones armor.

I’m thinking maybe it’s time for a re-watch of Crazy, Stupid Love tonight.  Unless you have a better suggestion.